Copenhagen was the host of the C40's seventh summit, which were held from 9th to 12th of October 2019. The summit wa a milestone in the efforts to put action behind the words and to speed up the implementation of the Paris Agreement.

It is not too late, but time is scarce. We are still able to reverse the current trends, but we have to move much faster. Ambitions must be raised, and we need more action and less talk. This is the background against which mayors from a number of the world's largest cities met for the C40 World Mayors Summit 2019.

The summit came after the UN Intergovernmental Panel on Climate Change (IPCC) had made it clear that we need significantly to pick up speed if the objectives of the Paris Agreement are to be met. In the Paris Agreement, the world leaders agreed to keep temperature increases down to a maximum of 2 degrees and to aim for 1.5 degrees. But since then, both IPCC as well as scientists in the field have concluded that it is crucial not only to aim for but to stay below 1.5 degrees. The difference between a global temperature rise of 2 degrees and a rise of 1.5 degrees is significant when considering the consequences of climate change. 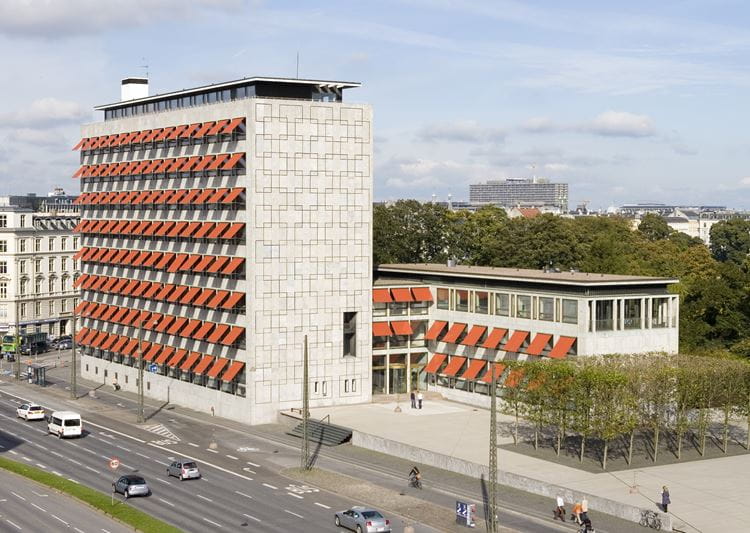 About the engagement of Realdania in C40 World Mayors Summit 2019

Realdania is co-host and contributor to C40 World Mayors Summit – in close collaboration with C40 and City of Copenhagen. Realdania is strategic funder of C40 in a partnership with Bloomberg Philantrophies (USA) and The Children’s Investment Fund Foundation (UK).

Realdania is a Danish philanthropic association with 155.000 members. The mission of Realdania is to create quality of life for all through the built environment. One philanthropic target is to promote sustainable cities. Realdania is contributing to the prevention of the climate crisis – through international climate work, sharing of knowledge and promotion of innovative sustainable solutions.

A large number of the world's major cities have shown that they can lead the way when it comes to climate work. They have formed the city network C40, which Realdania helps to support.

The collaboration between the cities is important because action at the national level is often too slow – but also because the world's largest cities play a crucial role in achieving the reductions in CO2 and other greenhouse gases required by the Paris Agreement. Big cities are the centres of economic activity and growth and have many opportunities to influence developments within important sectors such as energy production and traffic. They can take the lead and serve as an inspiration.

An important tool for the C40 cities is the Deadline 2020 programme, which helps cities to make climate plans that ensure that each city meets its share of the necessary greenhouse gas reduction required by the Paris Agreement.

If all the world's cities of over 100,000 inhabitants match the ambitions of Deadline 2020, they alone can contribute towards 40 percent of the required CO2 reduction.

With the project DK2020, Realdania wants to bring the Deadline 2020 programme to Danish municipalities and to make the programme useful also in smaller towns and municipalities, in order to support local contributions to the global goal.

The C40 World Mayors Summit 2019 served as a hub for the exchange of all the latest knowledge. This is where the best ideas and most innovative solutions were presented.

The summit teemed with opportunities to exchange knowledge with leaders in the field. The idea was that if everyone brings something to the table, everyone were able to leave with new takeaways and ideas. In this way, we can all become smarter and support each other to reach our shared goals. This is why the motto is: Bring a good idea – Leave with ten.

A key element of the C40 World Mayors Summit were the launch of a new knowledge hub that collects the best cases in a number of areas in order to inspire others – also people outside of the C40 network. The hub lives on after the summit. The climate belongs to all of us – the solutions do too.

What happens during the summit?

The programme for the summit, as well as side events, can be forund here:

The C40 World Mayors Summit is not just for mayors, experts, and VIP guests from home and abroad. The general population and the whole city are invited and involved – because the climate concerns us all. During the entire summit and the days just before and after, there will be events, activities, debates, presentations of solutions, and much more to involve and invite the citizens inside. The many events and activities have the title ‘Live like tomorrow’ and deal with how we can prepare for the future now and be inspired by new, sustainable ways of acting.

A milestone summit with high ambitions

The C40's seventh summit wer  proclaimed to be a crucial milestone in the international climate work. It is more evident now than ever that the climate crisis calls for urgent action. Therefore, ambitions at the summit were sky-high.

It was a great acknowledgement of Copenhagen's climate efforts that the summit wer being held in Copenhagen. The Danish capital followed in the footsteps of some of the great metropolises in the world.

The six former summits and the host cities:

Copenhagen won the hosting in a bidding process, in which Dubai and Washington D.C. took part.