The fight against climate change requires urgent action. The challenges are global, but many of the solutions are local. This is why Realdania has entered into a partnership with C40 – a global network of mayors from the world's leading cities working together to reduce greenhouse gas emissions and increase cities' resistance to climate change.

Realdania has supported C40 since 2013 in partnership with two of the world’s most ambitious philanthropists, Bloomberg Philanthropies (US) and The Children’s Investment Fund Foundation (UK).

C40 is created by cities for cities to share knowledge and good practice on climate action across national borders. The member cities work with urban development defined in the broadest sense, including housing and construction, traffic, and waste management.

Today, the C40 network consists of 96 of the world's largest and most innovative cities. The member cities represent more than 650 million people and 25% of the world's gross domestic product.

Although Copenhagen is one of the smallest cities in the network, the Danish capital plays a key role as one of the world's most innovative and green cities. Copenhagen is a C40 innovation city and heads the C40 Green Growth Network. Copenhagen also houses the network's international office, which is part of BLOXHUB – an innovation hub for sustainable urbanisation, which Realdania has established in cooperation with the Ministry for Industry, Business and Financial Affairs and the City of Copenhagen.

C40 has developed the City Solutions Platform to help foster innovative and effective public-private collaboration. The platform is a neutral space for cities to work with the private sector and academia to identify new climate solutions.

When working together, the public and private sectors can drive the necessary innovation and financing for achieving the international goals set out in the Paris Agreement and the Sustainable Development Goals. Public-private collaboration can increase climate action by directing private sector knowledge, skills, resources, experience, and in some cases funding to key climate challenges within cities.

Over 100 businesses have taken part in the City Solutions Platform so far, including large global companies as well as local companies in each city, innovative start-ups, and start-up accelerators and universities.

It is Realdania's ambition that the huge pool of knowledge on climate action which is developed and disseminated in the C40 network should also benefit Danish cities. Accordingly, Realdania works to ensure that the knowledge gathered in the C40 network is made available to Danish municipalities and companies – in part through the Global Covenant of Mayors initiative, where municipalities receive help and inspiration to reduce their greenhouse gas emissions, and in part through the City Solutions Platform, where innovative Danish companies have the opportunity to work with the C40 cities to solve urban challenges. 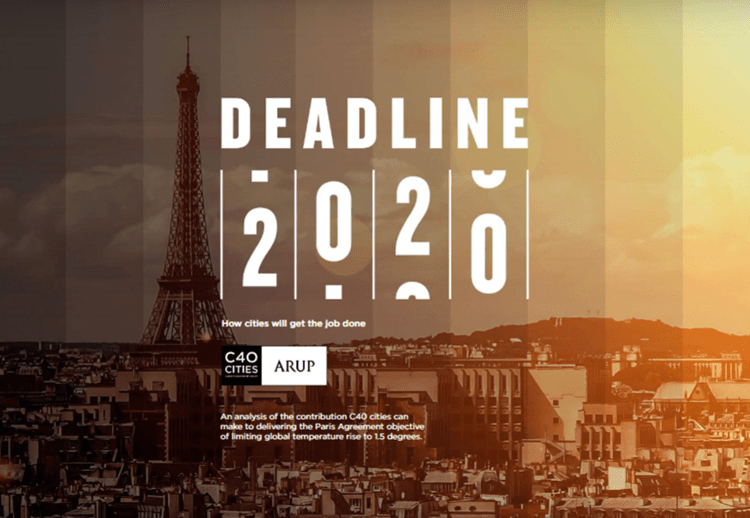 An analysis of what the biggest cities can do for the climate. 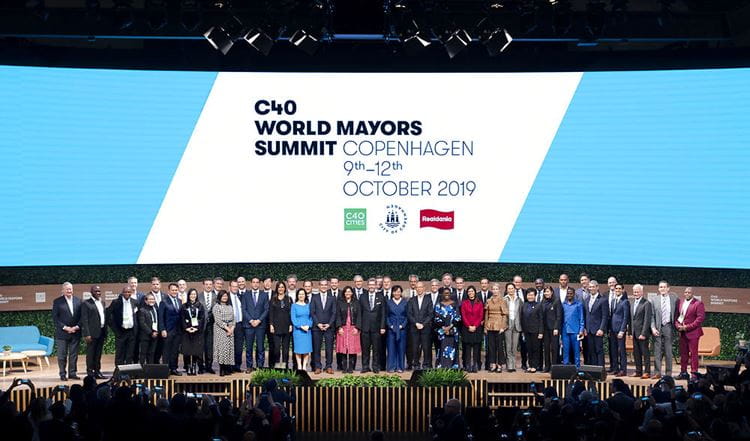 In October 2019, Copenhagen hosted the C40 climate summit for mayors from major cities around the world. The summit was hosted by the City of Copenhagen and the C40 with Realdania as an important partner that supported the summit both directly and through the C40.