A visionary building with respect for nature

Ilulissat is located on the western coast of Greenland at the Disko Bay, 250 kilometres north of the Arctic Circle. The ice fjord is a spectacular place where the drama of global climate change visibly unfolds and where visitors can experience one of the world's most active calving glaciers at close range. In 2004, the ice fjord was included in the UNESCO World Heritage List, and it is in this spectacular place that this visionary building was started back in 2019. 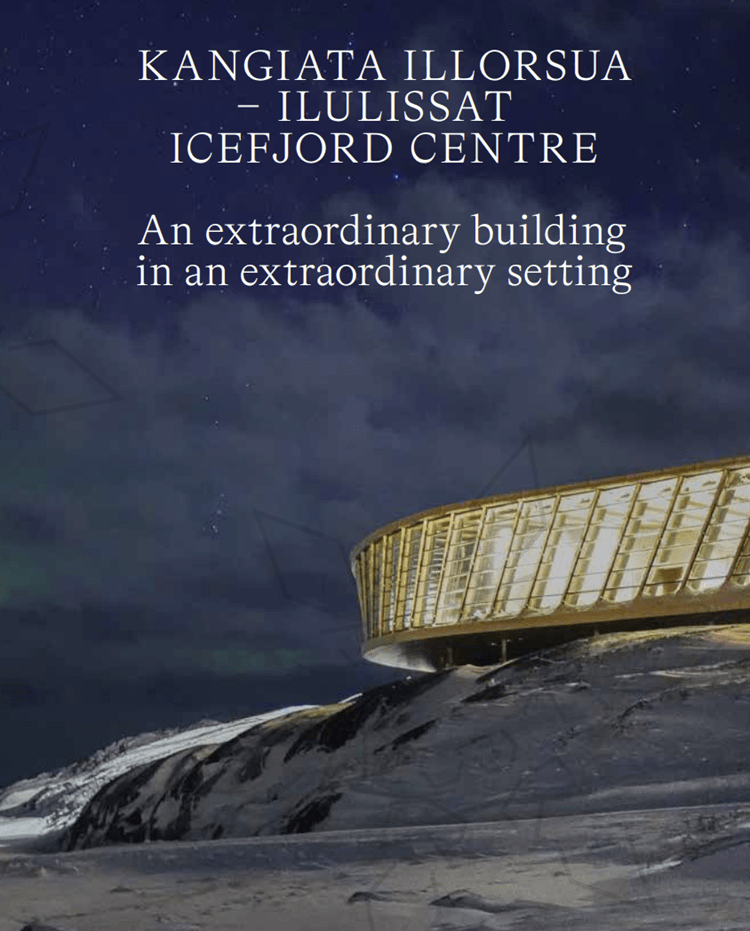 Read about the project in this narrative about the Icefjord Centre in a pixi-format.

An area with great potential

According to an analysis, the establishment of an ice fjord centre in Ilulissat has great potential for the further development of the ice fjord and of Ilulissat as a tourist destination. The goal is to create a combined place of arrival, place of information, and meeting place for both local residents, ordinary tourists, and the professional climate change debaters.  25,000 guests are expected to visit the centre each year, which will help strengthen and develop tourism in the area.

The building is a simple, twisted structure, almost like a wing in the landscape, and the architect Dorte Mandrup describe her inspiration as "a snow owl's flight through the landscape." The building is a natural extension of the hiking routes, providing the possibility to walk on the outside of the building, on the roof, with magnificent views of the ice fjord and the landscape. The open facade creates a dialogue between the exhibition and the surroundings – between man and nature. The basic idea is that the house should impact the fragile landscape as little as possible.

In 2004, the ice fjord at Ilulissat was included in the UNESCO World Heritage List due to its unique glaciological conditions and attractive nature. In 4,400 years, people have lived with the ice fjord, which contains large numbers of fish and marine mammals. Fishing is still an important activity in the area, but the ice fjord is now also a meeting place for the world's climate scientists, for government leaders who want to put climate change on the agenda, and for tourists who are attracted to the rare and dramatic place.